Dear Gourmet Friends,
I got some great cooking/entertaining/parent advice today! I just had he coolest phone conversation ever (not counting any time hunky Gourmet Dad is on the phone;)). I was on a conference call with the amazingly talented Wolfgang Puck and two other bloggers this morning (Jenny from Picky Palate and Holly from PheMomenon). I have no idea how I got so lucky, I am definitely no gourmet chef, so I'm glad I got to join in on the fun! I had doubts I was really going to get to talk to him, but we all chatted for almost half an hour!

He was amazingly nice and gracious, I couldn't believe he took time out of his incredibly busy schedule to talk to us (he had been up since 2 AM doing some promo work for the uber-yummy Taste of Sams Club event this weekend). Here's one of the videos:
I love his approach to food: innovative, artsy and practical all at the same time. I guess that happens when you're a parent.;) Wait until you read what he said about sneaking food into your kids' mouths!!!:)

Here are some of his answers and advice to our questions:

Cooking for Kids:
I didn't know Wolfgang Puck's children are so spread out: ages 3 to 19! He's definitely been around the block when it comes to feeding your kids.
First and foremost, he said that you should never differenciate between "kids food" and "adult food". He said just serve them what you eat and they'll grow to like it. Don't waste your time and energy making 2 dinners every day!

To help them love a variety of food, he has his children engaged in the process (HOORAY!)
He takes his children with him every weekend to the local Farmers Market. He said they eat their way around the market, everything from goat cheese to fresh fruits and veggies.

His children also help him cook or sit by him on a little chair if they are too small. He mentioned that one of his small children got a burn recently but was back in his "watching spot" the next day.:)

A favorite Sunday morning recipe is simply using a box of pancake mix and instead of milk, add a yogurt for flavor and cook the children small pancakes. He said it's one of their favorites!

He also said that even though kids might reject a food the first (or 8 times) it's introduced to them, if they see you eating it, they'll eventually try it and usually like it.

He also said that sometimes he turns on the TV to distract the children while he slips a bite of something new into their mouths. How about that!! I loved that he said that, I don't feel so bad doing it once in awhile.:)

Easy "Gourmet" Entertaining for a Crowd:
"Ordinary" food becomes special when you serve it in small pieces. Make an appetizer buffet with small brownie bites (maybe drizzled with chocolate or caramel sauce). You can make spring rolls, fried shrimp (or buy them ready-made) served with different sauces.

Cheese plates are always enjoyed, he mentioned that you can get a lot of really good international kinds at Sams Club. Then, he recommended making little signs with the name and country of origin of each cheese. This is also a great way to tie in an eclectic mix of food (have a variety of appetizers and "cheeses around the world").

If you serve wine, he recommends several kinds throughout the evening to get conversations started.

He mentioned several of his restaurants and how we was always trying to create something new and different. He said it's hard to feed the masses or to have an "inexpensive" restaurant because he always wants to buy the very best ingredients available (which we all know, especially now, are not cheap!) I had never thought of that.

To get inspiration, he says to travel as much as you can, to try as many different ethnic foods as you can, and to talk to people as you travel. As you broaden your horizons, you become inspired to use the new things you learn with your own flavor. He said a great vacation is to go to France or Italy and take cooking classes with your spouse for a week (Did you hear that, Gourmet Dad?...next stop, cooking school in Europe!). Actually, we are planning on going to Europe in 2010, if I start now maybe I can convince him.:)

Here's some more information on Sam’s Club®'s sixth annual “Holiday Taste of Sam’s Club”. It's 10:30 a.m. – 6 p.m., Friday, Nov. 21, through Sunday, Nov. 23, in 598 Sam’s Club locations nationwide. You don't have to be a member to attend, and if you've never gone, it's a GREAT way to try some fabulous food for free! With samples like mini-beef wellingtons, quesadilla trumpets, cheesecake, jumbo shrimp, stuffed turkey breast and much more, Holiday Taste of Sam’s Club truly is the ultimate demo event. We'll be there!

THANK YOU, Wolfgang Puck and Sams Club, for answering our questions and being so gracious. It was definitely a once-in-a-lifetime experience for me and I got some great advice I'll definitely be using!!
at November 20, 2008 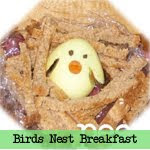 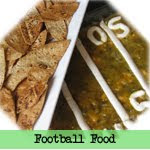 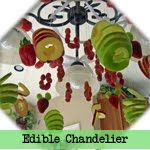 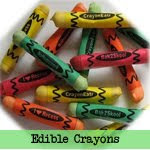